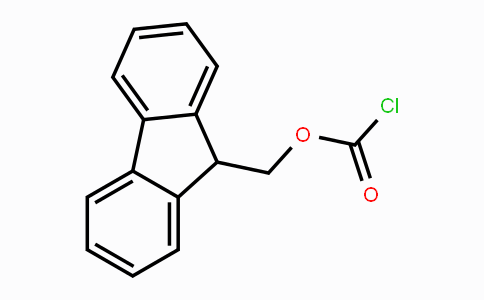 Reagent for the introduction of the Fmoc-amino-protecting group, which is stable towards acids and catalytic hydrogenation but is readily cleaved under mildly basic non-hydrolytic conditions. The use of this reagent in the protection of hydroxy groups and amino groups in nucleotides has been reported as well. <br> Fmoc-chloride is often used for pre-column derivatization of amines and amino acids in analytical HPLC.

*The above information is for reference only.